Beyond Cheddar - On Le Canotier De l’Isle, The Remarkable Cheese From Isle-Aux-Grues 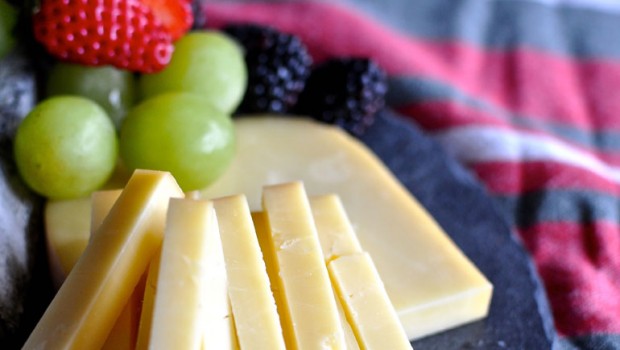 Made on Isle-aux-Grues, the only inhabited island amongst the 21 islands that make up the Isle-aux-Grues archipelago on the Saint Lawrence River. Only accessible via small airplane in the winter and a ferry in the summer, Le Canotier de l’Isle is a firm washed rind cheese made of unpasteurized Brown Swiss cow’s milk that is aged 9-12 months before it is ready to sell. This remarkable cheese is a snapshot in time and a direct nod to traditional cheesemaking from times past. The isolation of the island gives a sense of the insular world where Le Canotier de l’Isle is produced; everything from the cow’s particular diet of marsh hay to the practiced hands that make cheese are a positive sign that there are fromageries in Canada willing to produce Old World style cheeses that depend on close attention to detail and method.

When first tasting Le Canotier de l’Isle all of my colleagues at les amis du Fromage had a similar reaction, that the cheese has a very distinct umami flavour profile, almost like that of a cured salami. Upon tasting, its thin amber crust melts into the pale buttery paste and boasts prominent nutty flavours as well as a lingering fruitiness that becomes more assertive the longer you allow yourself to experience your first bite. As with many cheeses made close to the salty sea air and water, Le Canotier de l’Isle has a pronounced salty tang that is somewhat reminiscent of British cloth-bound cheddars, but without genre-defining intense earthiness.

Le Canotier de l’Isle is perfect to eat on its own as its complex flavours leave your palate feeling simultaneously intrigued and satisfied. However, I think this is my all-time favourite cheese to serve with charcuterie, especially cured salami and ham. Whenever cheese has a particularly fruity taste I think that fresh, bright looking fruit is a natural pairing; something about the vibrant colours of fruit bridges over to what you taste in an odd but dependable synesthesia-like taste reaction. Similarly, this cheese is wonderful on bread that has been beautifully studded with dried apricots and slivered almonds (if you really want to indulge, spread a thin layer of sea salted butter before applying the cheese.) I would serve this cheese with a gentler red wine such as a Pinot Noir or Beaujolais; alternately a moderately sweet hard cider would be just as lovely.